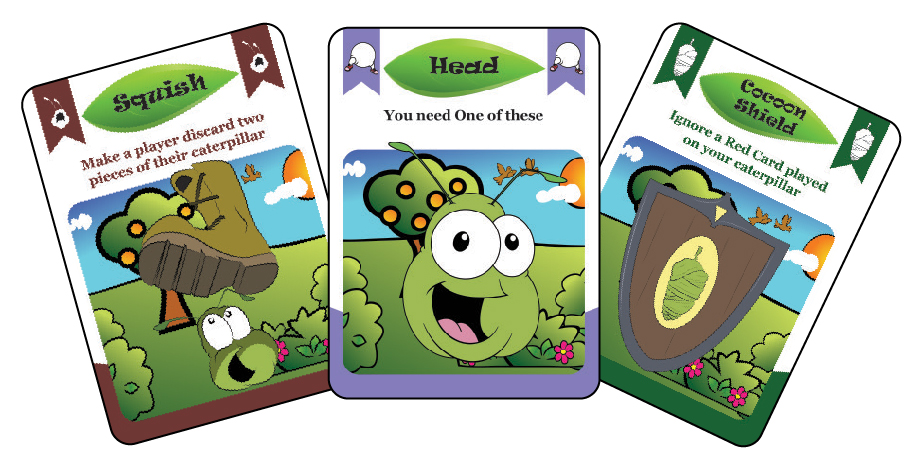 One of the things that people often take for granted when it comes to games and toys is the fact that it was tested to be safe for children before they bought it. Board games are no exception. In fact for anything to have an age rating of 3+ or 8+ or anything less than 14 years old, it has to pass Child Safety Testing. In Australia, there are a couple relevant standards you have to comply with.

AS/NZS ISO 8124:2016 and AZ/NZS ISO 8124:2002 +A1-A3 Safety of Toys. Part 1: Safety aspects related to mechanical and physical properties. The tests include things like the box and packaging the game comes in. These tests are things like 140cm drop test, torque tests (twisting) and tension tests (pulling it apart). There are a lot of standard physical properties tests as well such as Small parts, choke hazard for children under 36 months, edges, points, projections and others. Lawn Darts anyone? So if your game has a lot of small physical parts like miniatures, or pieces like Mouse Trap, it has to pass just about all of the tests in the standard. Our card game didn’t have any of that so I have to admit that Child Safety Testing wasn’t really on my mind early on.

For Kickin Your Caterpillar which is a family card game, the ones we had to pass were Normal Use, Reasonably foreseeable abuse, Material test and Material Quality tests. At first look I thought “It’s a card game, it’s not like you can choke on it or stick it up your nose.” But there are a lot of little considerations. Tension and Torsion tests can tell you if it would be too easy for a child to chew up but a more telling aspect is the chemicals used in the production of the toy especially inks. This falls under AS/NZS ISO 8124:2003 Safety of Toys Part 3 – Migration of Certain Elements.

For us that was the primary test for a card game for it to pass Child Safety Testing. There’s something you want to consider though. In the image below you can see some of the cards and the colours on them. There is a lot of different colours in that artwork. When the testing centre first looked at the images of the game I sent for a quote, they were thinking this was a huge job because of how many colours they’d have to test. You see, ink is made of chemicals, and some of them are toxic. Did you ever wonder why it’s called Cobalt Blue and Titanium White? Some older colours were even made with arsenic.

When you first look at the colours on the cards, it looks like there is 50 colours on there. With the lab we used when they give you a quote for the XRF screening for lead and heavy elements such as Barium, Cadmium, Chromium, Mercury, Selenium, etc. You get 3 colours for “free” in the basic testing, but then every other colour is an extra $50. That adds up to massive dollars in a hurry. So this is where it’s really good to know the printing process your manufacturer goes through.

There’s a really good chance that they use what is called a 4 colour process (4C or 4CP). This is very common in printing, silk screening, and well, game manufacturing. If your manufacturer asks for your artwork to be in CMYK format, they are very likely using a 4 colour process to print your games. CMYK stands for Cyan, Magenta, Yellow, and Black. They only use combinations of those four colours to make every other colour known to mankind in our feeble visible light spectrum. Now if we would have just given the testing centre the actual cards, and they had to ‘figure it out’ they would have had to treat every shade they saw as a different colour. But by letting them know that our manufacturer uses a four colour process, and then providing card (or ink) samples of the four specific colours, they only had to test four colours and save us a ton of time and money. You can see the inked cards we sent in the bottom part of the image below.

So if you are making a game that you hope kids play and love make sure that you check for the relevant safety standards that might apply to your game and go through the appropriate Child Safety Testing. Don’t just put it out there and give it a 3+ label because you stuck a choking hazard logo on the side of it. If you get called out on it, you will be responsible for the recall of your game and I’m pretty sure that wasn’t your plan. Similarly don’t get lazy and just put 14+ on everything. Yeah sure, parents are probably going to ignore that and play it with their kids anyway, but it’s always better to do the right thing.

The International Council of Toy Industries maintains a comprehensive list of toy and game standards that you will have to comply with in various countries. That list can be found here: http://toy-icti.org/info/toysafetystandards.html At the time of this writing it was last updated in 2015 but that’s probably still accurate. As always though, this is not legal advice and you should check your local and target markets for relevant standards and what you will have to comply with.

Another thing, ask your manufacturer who they work with or if they have a recommended test facility for Child Safety Testing. They might be able to recommend one that knows the industry and what is relevant and what is not. Otherwise you may end up with a lab that knows you need child safety testing and might be more expensive than necessary. 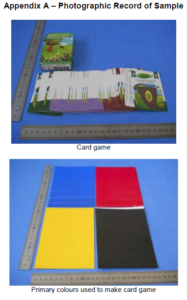