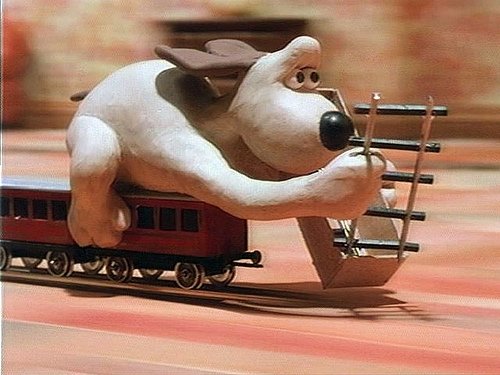 They say that lesson learned hard are lessons learned best. When anyone goes into a new endeavor whether it’s creative, a new business, or anything else, they never go into it with the intention to fail. They may expect it and may even keep chanting the mantra “Fail fast fail early” but they never intend to actually fail.  Neither did we.

Now this isn’t a sad post about Cravon Studios going under. The company is still alive and doing well.  It is however a post about a failed product. Unfortunately it was also our first product and you know what they say about first impressions.

I had been thinking about Troll Bridge and creating this game for several years. I spent a long time figuring it out, getting the moves right, balance and all the things you’re supposed to do. I spent a long time in development. It’s a good game. It was ready to be published.

It got to the point where we wanted to make it a reality and it certainly got real. I hired an artist, paid for a graphic designer and did the manufacturing, and logistics work and put it all together.  The problem was, I didn’t know what I didn’t know and doing it all myself, I went about the whole thing the wrong way. 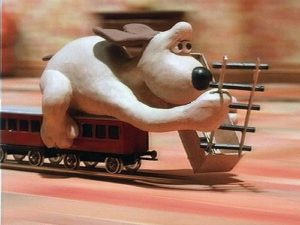 If I may offer one of many pieces of advice in this post, it is this. Make a plan before you start the plan. You’ve probably all seen the image of the train rushing down the track and the poor workmen laying down the track right in front of it. That was me.

The other important one is this, don’t set artificial deadlines. Now don’t get me wrong, you need deadlines, but they need to be in context and make sense. After all a project without a deadline is nothing more than a good idea. Our problem was that we set an arbitrary deadline for launching our company and our first board game, PAX Australia 2017. That may have been fine, but I messed up another scheduling point too.

If you’re manufacturer says they need 8 weeks to do something, plan for 10 or more. This isn’t because of them necessarily slipping stage gates. This is because when there is a time crunch everyone goes ‘fast’ rather than doing ‘well’. I really wanted a couple more blind playtests before we hit Print. I decided that the First Exposure Playtest Hall (FEPH) at GenCon 2017 was a great place to do that. This was the second problem. We had an arbitrary deadline to launch of PAX AUS, and I had put our last playtest at the very front edge of the allowable manufacturing time.

Troll Bridge isn’t an overly complex game, but the issue is that it has over 800 trivia questions in it. Trivia questions need fact checked, grammar checked, and proof read about 50 times before they are ready. That takes time and a lot of focus to do. When you hold off on sending the final images for print until after your final playtest, there’s a lot of time pressure applied to the process. In this case, GenCon was from August 17-21st of 2017 and PAX AUS was the following October 27-29th2017.  That was 9 weeks apart. The manufacturing process, not including shipping takes 8 weeks for a game like Troll Bridge in the quantities we ordered.

We had seen the pre-production proof before GenCon. It looked good, but these are laser printed rather than 4 color process and they had textual mistakes. We knew that we’d be making some last-minute changes at GenCon and sending in all the corrections to be done in one batch after GenCon before they started the manufacturing. The night after our FEPH day, I was up making final corrections and trying to upload them over amazingly bad hotel internet. 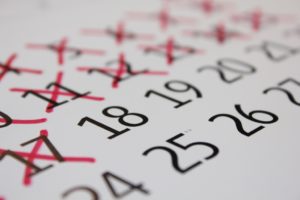 As soon as they all read as uploaded I fired off an email to our manufacturer to download all the updated files. I told them to use those, not the originals, for manufacturing and to start manufacturing right away. He looked at the shared OneDrive folder, said he saw the files and that they’d use them.

We would be ok for PAX AUS in 9 weeks. Of course, we were also having 3 card games printed from the same manufacturer…at the

same time…with the same deadline. Queue more dominoes. Fortunately manufacturing for them had begun and they were solid already. Now we just had to wait.

After progress checks and pictures of the games in their various stages we were quietly comfortable that things would be ok. It comes time for us to leave for PAX AUS and we are still having shipping conversations with the manufacturer about the card games. We told them to ship them directly to Melbourne and we would meet them there.  Ironically the boxes of Troll Bridge had arrived in Melbourne but the card games were still MIA even though they had been sent before Troll Bridge.

With only days to spare we told them to send another small batch directly to Melbourne via overnight air express for our launch. They did, but shipping companies in Australia are to put it mildly, casual about things. If you have something shipped next day air, it will be at least 4 days before you see it.

We went down to PAX AUS and found our booth, set it up and waited. When PAX opened, we still didn’t have any of the card games. We had Troll Bridge, but the card games didn’t’ show up until ½ way through Day one. Whew, not a total loss. We had all our games for at least 80% of PAX. We made it! We did the impossible and launched with our 4 games at PAX AUS.

We were having a good time demonstrating Troll Bridge and Kickin Your Caterpillar to interested attendees. They liked it. It was great. Hmm, one demo revealed a typo on a card. Oops, I guess they missed one. Well, one typo isn’t too bad. On another demo, one of the questions we had fixed still had the wrong answer on the card. Ugh, that’s not good. Time to start building an erata page.

We made it through PAX and went about setting up logistics, getting our games to IGA, staging them at Send From China and getting them listed on Amazon. All the things you need to do to start selling them. It was very busy. Then came CanCon our local tabletop gaming convention. We set up our booth, I broke out the demo copies of our games and noticed the corrected card. It jogged my memory to fix that up. Then it occurred to me that if this was missed, what else might be missed?

Sure enough, I started going through everything. Only 2 of our corrections were made. All the rest of the mistakes were still there. 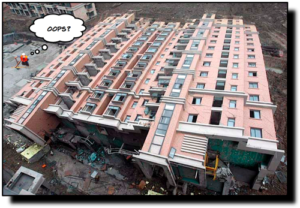 Typos, bad grammar, incorrect questions. I thought about the stack of games I had ready to send to reviewers and panicked.

So, I did the only thing I could do, I pulled the game from distribution. I still believe the game is fun and interesting but it’s not the quality that I want to be known for. While this is embarrassing, and perhaps shameful, I think it’s the right thing to do.

If you are going into publishing, there are few basic things that you can take away from our experience:

Systems and Delays setting up a game publisher.

Well one of the parts of becoming a publisher is having your systems in place.…